How the brain interprets numbers is complicated. $1 Million is a large sum to most people, but a small amount to a billionaire. By itself, a number is rather meaningless without comparison.

Consumers love to compare prices before committing to a purchase. Can the way that prices are presented for two products affect which product gets purchased? A 2019 research study demonstrates that price comparison framing affects consumer decisions dramatically.

Two computer monitors were offered to volunteers in the study. A 23″ monitor for $199.99 and 27″ monitor priced at “for $60 more” were presented. More people (58%) chose the expensive model. By showing the price difference for the higher-priced item, a seller can motivate more people to choose the more expensive product. 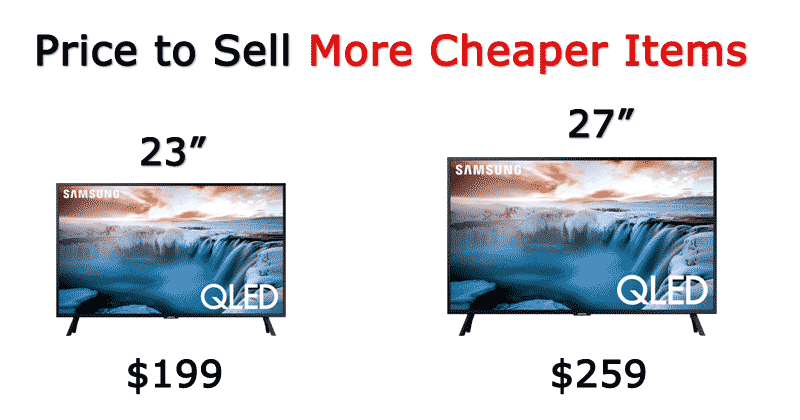 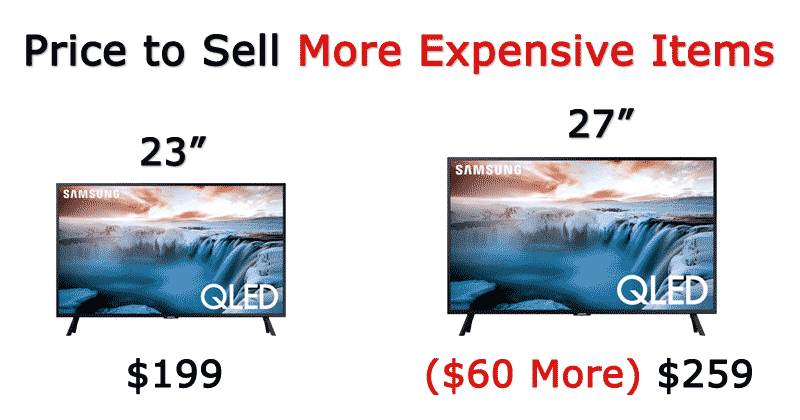 In the third condition, the 27″ monitor’s full price ($259.99) and the price difference of “$60 more” were shown. Most volunteers (52%) chose the expensive model. Clearly, substantially more chose the larger, more costly monitor when presented with the “for $60 more” framing, even when the total price was also shown.

Why does this happen? Neuromarketing research has shown that the decision-making areas of the brain resist making difficult mental calculations. Due to the Relativity cognitive bias, “for $60 more” is seen as a relatively small number, compared to the full prices of the monitors. So, it seems like a better deal to consumers, despite being identical to the actual price comparison.

This Neuromarketing research study explains some common pricing strategies that are in wide use. New car dealers often sell add-on features after getting an initial price agreement from a customer. Special wheels or rust prevention treatments are offered “for just xx more dollars a month,” without showing the total price increase. It is a tried-and-true way of increasing the total amount of the sale.

Almost every “As Seen on TV” sales pitch ends with an offer to double the order “for just an additional shipping cost.” The customer does not learn how much that cost is until they commit to making a call. As consumers, we can all benefit from understanding how the brain makes quick buying decisions. As sellers, understanding this decision-making process can increase sales of more expensive items.

Cognitive Biases Have a Strong Effect on Consumer Decisions

The Framing Effect Bias tested in this study is just one of the cognitive biases that can alter consumer decisions. It is closely related to the Anchoring bias, and the Attentional bias. Understanding the cognitive shortcuts the brain uses in making decisions is an important part of Neuromarketing and Neuro Sales. Putting those principles to work effectively in business can be complicated but also rewarding in terms of increased sales and revenues.

Increase Sales by Applying Neuroscience to Pricing – Your prices can influence your buyers’ perceptions and motivate them to buy more. Research studies from Neuroscience, Psychology and Economics have provided many science-based pricing strategies. Small changes in prices can lead to big sales increases.
Check Our Availability