The brain doesn’t see numbers for their absolute values. How a number is presented can influence how the number is perceived. A number that appears big may be perceived as small.

A research study in 1988 looked at how people react to comparisons between two numbers, specifically 80% and 20% in fat content of hamburger. What was found was that how the question was framed made a huge difference. Consumers were more likely to buy hamburger if it was labeled as “80% fat-free” than if the label read “Contains 20% fat.” The brain sees “80% Fat-Free” differently from “20% Fat.” The perceived difference is the framing effect. 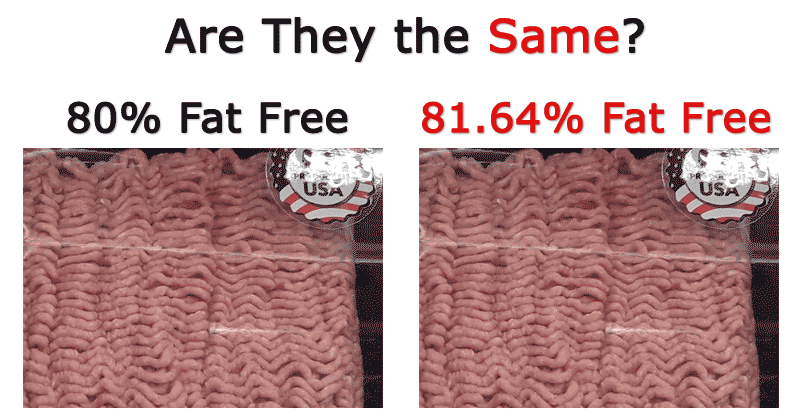 That study used round numbers ending in 0. What if more precise, non-round numbers had been used instead? A series of studies has shown that non-round numbers affect people’s perceptions of price. People tend to see non-rounded-off numbers as more precise and authoritative. Such numbers tend to shift the brain’s attention to calculate more carefully or to simply round the numbers off crudely to make comparisons.

A group of researchers conducted several studies to clarify the effect of using non-rounded numbers in attribute comparisons. What they discovered generated some surprising conclusions. Some volunteers were asked to evaluate the quality of ground beef labeled as “80% Fat Free” or “81.64% Fat Free.” Surprisingly, “80% Fat Free” ground beef was rated higher in quality. 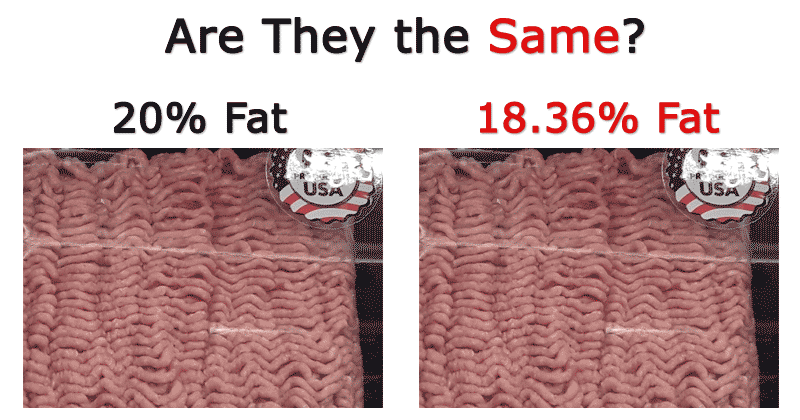 Here is how the researchers explained the observation. When the beef was labeled “80% Fat Free,” little attention is paid to the number because “80%” is simple for the brain to process.

In contrast, the number “81.64%” requires more attention and mental processing.

To verify the findings from that initial study, the researchers conducted additional studies. They tested volunteers to measure their attention on the numbers, using eye-tracking equipment. They also looked at whether presenting numbers in boldface fonts made a difference. In all, six studies were carried out. The results of all studies indicated that the use of non-rounded numbers caused a negative shift in evaluations, both for larger and smaller numbers being compared.

Consider How You Present Numbers for Comparison

In a marketing environment, the conclusions from this Neuromarketing study complicate price and value framing decisions. If your goal is to have consumers quickly compare two price or value numbers for a decision, in either positive or negative framing, use round numbers to keep focus on the actual comparison. However, if you want consumers to compare high or low numbers against an ideal standard, use non-rounded numbers to shift the brain into a more rational consideration. Here is an example of positive framing.

It is more effective to state that 90% (not 91.32%) of children alive in the U.S. today will live until the age of 75 if air pollution is under control.

Here is an example of negative framing.

It is better to state that 8.68% (not 10%) of children alive in the U.S. today will die before the age of 75 if air pollution is not under control.

The framing effect bias is just one of the ways you can present your marketing and advertising to influence consumer decisions. A thorough understanding of how the brain makes decisions is essential to successful marketing and sales presentations.

As a Neuroscientist, Dr. Terry Wu wants to help you achieve your goals by using science to help you make the right choices. Contact him today to learn how to apply Neuromarketing techniques to boost your sales and marketing.
Check Our Availability