The human brain evolved for efficiency, but not accuracy. It makes errors when thinking fast. Such errors are highly predictable.

In a 1999 study, researchers asked subjects to guess how old Mahatma Gandhi was when he died. However, the researchers first asked 2 groups of subjects 2 different questions. The question for the first group was whether he died before age 9. The question for the second group was whether he died after the age of 140. The obvious answer to both was no. 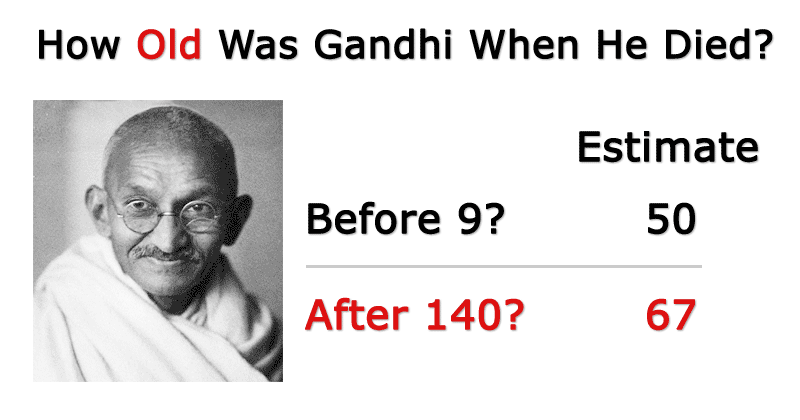 Then, the 2 groups estimated his actual age of death which is 87. The first group’s average estimate was 50. The second group’s guess averaged 67.

The answer to the first question served as an anchor. That anchor influenced the final estimates.

The fast-thinking brain is lousy at calculating. It’s good, though, at storing numbers and comparing them to each other. The brain often sees the first number and uses it as an anchor. That anchor can influence later decisions and judgments unconsciously.

No matter what services or products you offer, your customers will arrive with price expectations already in mind. Usually, those anchor estimates are inaccurate. Neuromarketing experts understand that resetting price anchors in people’s brains is an important first step, especially for high-value goods and services. Then, offering a strong value proposition is much easier. Specific neuroscience-based techniques are needed for each unique business. There’s no simple formula for success. Custom-tailored strategies and testing will produce results that boost sales revenues and leads.

How Relativity Bias Affects Perceived Prices – What is a good price? It really depends on how one price is compared to another. Why do prices only make sense in comparison?
How Outcome Bias Influences Buying Decisions – Why do our expectations change our evaluation of cost, risk, and enjoyment?
Request a FREE Consultation